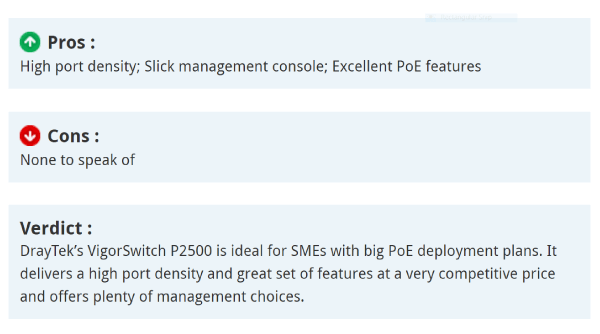 DrayTek is a name that’s well known to SMBs, but its latest L2 Gigabit Ethernet switches are aimed squarely at the enterprise space. The VigorSwitch G2500 and P2500 both offer a generous 50 ports, while keeping a keen eye on value.
Outwardly, the two switches look identical, but while the VigorSwitch G2500 focuses on regular Ethernet, the top-dog P2500 adds Power-over-Ethernet (PoE) support into the equation. And, make no mistake, this switch is a proper powerhouse, capable of delivering up to 30W of PoE/PoE+ to each of the 44 copper Gigabit Ethernet ports, within a total power budget of 405W.
There are just four copper ports that don’t supply power, along with six SFP fibre ports at the far right of the casing. The first four of these are dual-personality and can be used instead of the corresponding copper ports; the last two are standalone ports, designed to provide high-speed uplinks to the network backbone.
Deploying the switch is a cinch, thanks to its built-in web-based management console. After pointing a web browser at its default IP address, we were prompted to set a secure password for the admin account, then immediately found ourselves looking at the main dashboard.
And what a dashboard it is. We can safely say that the P2500 has one of the best management front-ends we’ve seen on a switch. A graphic at the top displays all ports with colour-coded icons showing their connection status and speed. PoE devices get a lightning bolt overlay to indicate that the port is delivering power, and hovering the mouse pointer over it shows exactly how much power the device is using.
Below, four ring graphs show CPU load, memory, cache and PoE utilisation; hover over this and another table pops up to detail your current power usage and remaining power budget. Below, a historical line graph shows how PoE, CPU load and system board temperatures and voltages have fared over the past hour.

To test the switch’s PoE functions, we connected two PoE+ Class 4 802.11ac wireless APs from Linksys, along with two Class 0 Ubiquiti NanoHD APs, an Ubiquiti Cloud Key Gen2 appliance, one Class 3 IP camera and two Class 0 cameras. Each one received the power it needed with zero fuss, and the dashboard showed us that the total draw for all eight devices was 42W, leaving us with a healthy 363W to play with.
If you don’t want devices to be powered all the time, you can set up schedules to control PoE provision. You can set a duration, specify what days they will be active on and indicate whether a power on or off action is to be applied. Profiles are assigned to selected ports, so you can, for example, turn off wireless APs while leaving your cameras active.
On that note, video surveillance fans will love DrayTek’s ONVIF feature, which recognises compliant IP cameras and automatically highlights which ports they’re connected to. You can even access a live feed from supported cameras directly within the switch’s web console – a feature that worked perfectly with our D-Link IP cameras.
All the standard L2 features you’d hope for are here too, including port, MAC and protocol-based VLANs, QoS traffic prioritisation and static and LACP link aggregation groups. VoIP networks are particularly well covered, as the P2500 can identify traffic from devices such as IP phones and dynamically create VLANs to prioritise it.
While DrayTek’s slick web console is a pleasure to use, the P2500 gives you other management options, too. It can be configured from a DrayTek router that supports its Central Switch Management feature – helpful if you want to centrally manage PoE profiles and schedules across multiple devices. Or, DrayTek’s cloud-hosted VigorACS 2 service adds a wealth of cloud-based management, monitoring and alerting services for geographically distributed switches, routers and wireless APs. It’s a paid-for extra, but prices start at just £8 per node per year.
If your business has major PoE deployment plans, the VigorSwitch P2500 is a superb choice. It’s big on ports, it’s loaded with smart features and it offers a great set of management options at a very competitive price. 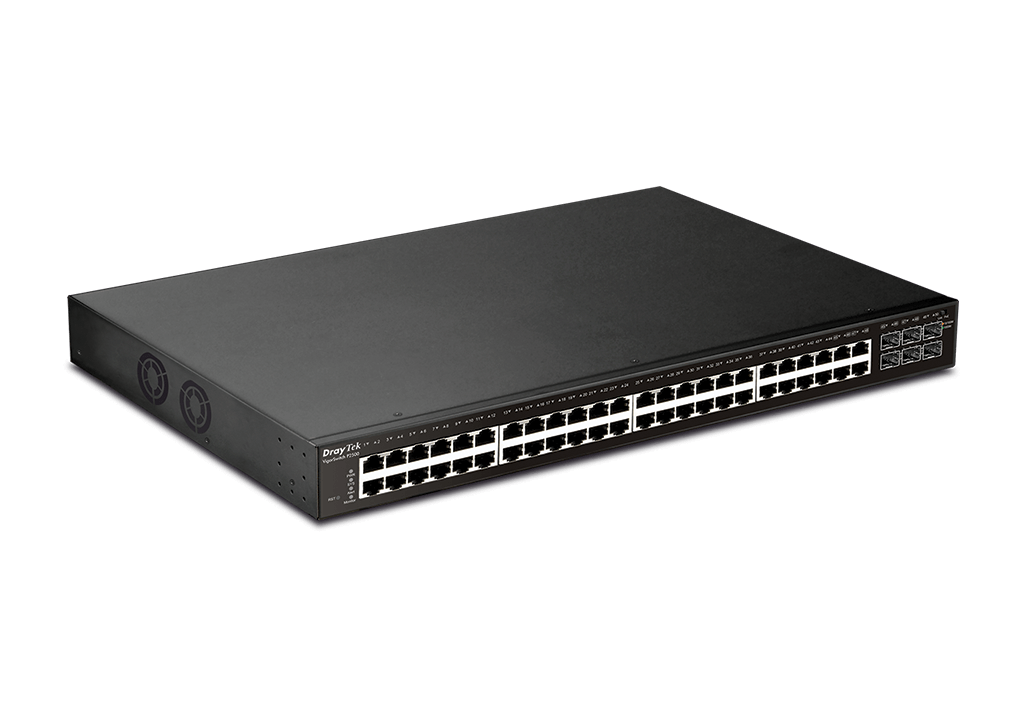 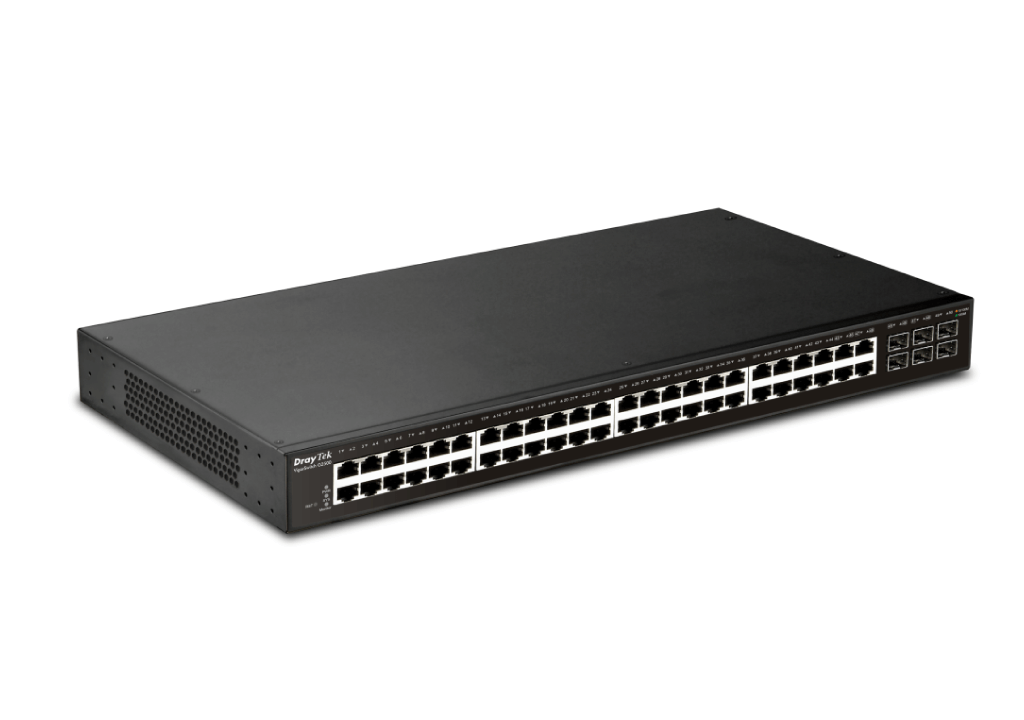